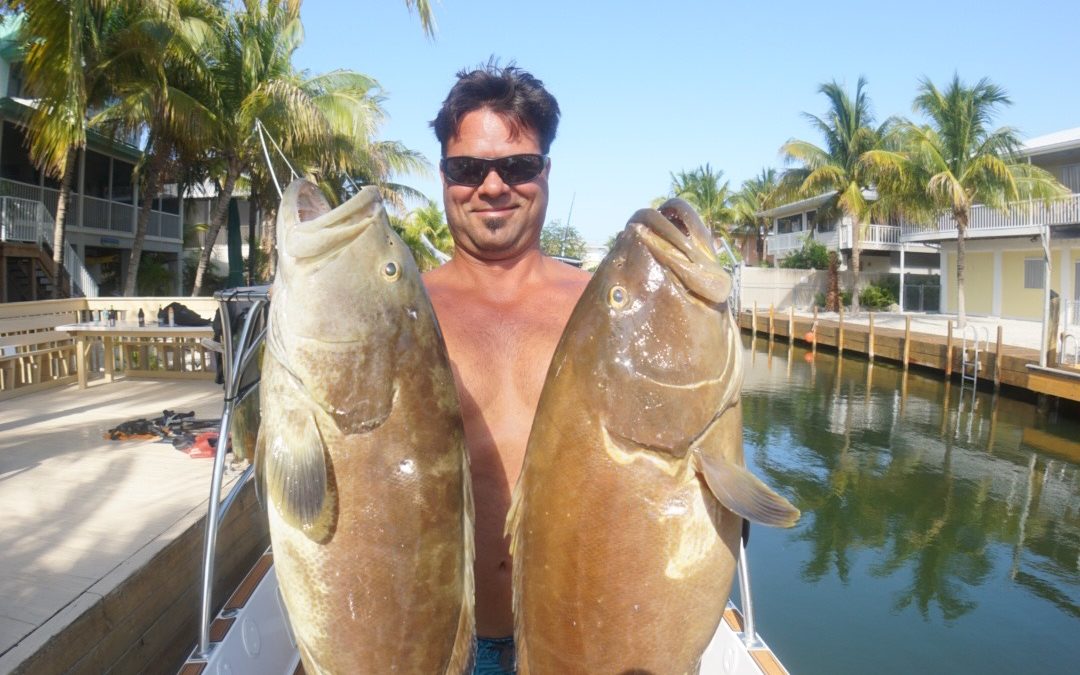 My name is Ted Harty, and I’m the founder of Immersion Freediving and my new pride and joy, www.FreedivingSafety.com, which teaches people that go freediving and spearfishing the truth about freediving blackouts.  If you are interested in learning more about my journey from wearing a suit and tie to a professional freediver you can learn more @ https://immersionfreediving.com/about/

Many years ago I was lucky enough to run a private freediving class for Jeromy and Becky Gamble, the owners of www.SpearingMagazine.com. By the way, if you spearfish and don’t subscribe to Spearing Magazine, you probably should, It’s only $26 a year.  Anyway, that was hands down the most important class I ever taught. After the course, Jeromy shared his experiences with me and helped me craft some of my best arguments for why spearfishermen should implement safe freediving practices and hunt in teams.

So here we go, thanks, Jeromy!

We will look at three scenarios. In each case, we will look at what happens if you are diving in a tight buddy team implementing one up, one down, and being close enough to grab your buddy when they hit the surface.  In the other case, we will consider what happens if you are diving by yourself, or maybe not technically by yourself, you have buddies in the area, but they are not directly supervising and watching you when you hit the surface, which is not much different than literally diving by yourself when it comes to stopping fatalities from blackouts.

You don’t get a holding shot on your fish. When you hit the surface your first thought is, I gotta get down and put a second shaft in the fish as quickly as possible, because, if not, that fish is going to leave the area and I’ll never find it, or a shark is going to get it.  At this point, you are trying to get back down as quickly as possible. Because of this, you are likely breathing fast and hard, which is hyperventilation, and that increases your risk of a blackout.

When you go back to make the second dive your bottom time will be very limited.  Why?  Your heart rate is high, you got very little recovery time because of urgency to get down fast, and you have adrenaline pumping from the excitement of shooting the fish.  This is not a good setup to land that fish.

Imagine this – you are hunting with a team.

As you come up from the dive you give your buddy on the surface the signal for a second shaft ,which is just two fingers extended.  Your buddy sees this, and goes after the fish.  This buddy is perfectly rested and will have a much better capacity and ability to put a second shaft in the fish,

Question: Which scenario is more likely to put the fish in the cooler? Team.

Spearfishing Scenario #2 – Spot a great fish on the way up.

It’s towards the end of your dive and you start heading up.  On the way up, you see a mutton snapper, but you are already heading up and can’t get a shot off.  Now, at the surface, you are thinking; I need to get down there ASAP so I can land that snapper.  What are you likely to do?  Likely something similar to the earlier example, fast and hard breathing, which is hyperventilation and increases your risk of a blackout. Fear of losing the fish may make you dive back down much quicker than normal. Once again, all of these factors will make this dive a much shorter dive than usual.

And let’s face it, I said mutton snapper, not hogfish.  If it was a hogfish, you could go back to the boat, have a sandwich and get a plastic fork and stab the hogfish when you get back.  Mutton snappers are spooky fish, and you are likely going to need every second of dive time, as well as feeling calm and confident to land that fish.

Imagine this – you are hunting in a team.

As soon as you hit the surface, you share information and tell your buddy; right past that coral head I saw a mutton snapper heading that way, go get it.

Question: Which scenario is more likely to put that mutton in the cooler? Team.

Second question: What would it be like to dive with people that would help you land a fish, as opposed to do everything to make sure they get it?

Spearfishing Scenario #3 Grouper is holed up.

Imagine you shot a grouper and it’s holed up. Now you want to retrieve the grouper ASAP because it might get away or shark may get it. Once you are at the surface, you are likely, due to time pressure, forced to get back down there before you are ready, just like the above scenarios. If you have ever had this happen to you, you know, that with each drop you make, you are getting less and less bottom time.

Imagine you are in a three-person team.  Now you can take turns making drops so everyone is rested and has longer time to get it out.  You also have eyes on the area to see if the fish escapes out the back door, and have eyes out for sharks.

Which scenario is more likely to pull out the grouper and get it in the cooler?  I think you get it by now.

The below video has footage of past student and owner of Neritic Diving, CJ Duffie, hunting in a big group. They were all taking turns trying to get out a grouper that was holed up.  When CJ finally got it out, he knew he was gonna have a problem and he asked for help. Because they were there, they were able to assist him and help him as he had a slight loss of motor control. Teamwork makes the dream work!

While hunting in a tight, two-person buddy team is great, a three-person team is even better. Now you have one person on the bottom; when they surface, someone is right next to them watching them, and the 3rd person is breathed up and ready to do.  You have constant coverage; someone on the bottom the whole time.

Imagine if you and your dive buddies worked as a cooperative team as opposed to fighting against each other to see who shoots the most fish. When you get back to the dock, everyone splits the fish.

In one of my classes I explained this, and one of my students said, Ted, you are a communist, share the fish?!  You can do it however you want, but I know plenty of my students who are hooked on hunting in three-person teams.

Jeromy Gamble said after doing this, he noticed that they would put more fish in the cooler, and if that is not the point of spearfishing, what is? He called me after one of his trips and said, not only is this way safer, we get more fish, and he said, honestly, it’s more fun as well.

Consider hunting in teams and work together instead of fighting against each other.

By hunting in teams, you can put more fish in the cooler. Don’t worry about the tiny insignificant bonus of not dying. It’s all about more fish!

Dive safe out there, it’s not even that hard.

My next article will address the biggest objection to diving safety and using buddies – what to do when you dive in terrible visibility.

If you want to learn the truth about blackouts, how to minimize your risk, and learn how to save your buddies life if they have a problem, sign up for my free course @ www.FreedivingSafety.com

Learn more in my other articles.

The great debate snorkel in or out?

How I found out I was not doing a good enough job teaching safety.

How to tell if you are wearing too much weight?

Ted Harty begin his professional underwater career as a Scuba Instructor for PADI, NAUI, and SSI in 2005. In 2008 he took his first freediving class with Performance Freediving International. After that course on his days off he didn’t want to go scuba diving he wanted to go freediving and realized his passion was freediving. In 2009 Ted took PFI’s first official Instructor program and immediately started working for PFI helping Kirk Krack and Mandy Rae-Kruckshank teach courses all across the USA.