Learn the underlying risks of freediving and how to manage those risks.

Everyone says, “I’m fine, I don’t push myself, I know my limits,  I’ve never had a problem.”  That does not mean you are immune to the risks.

ENROLL IN PROGRAM AT NO CHARGE 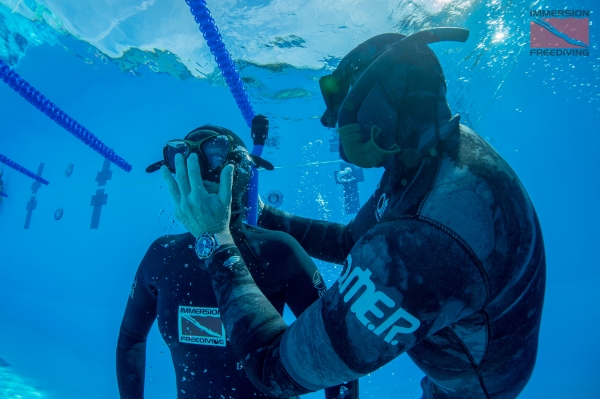 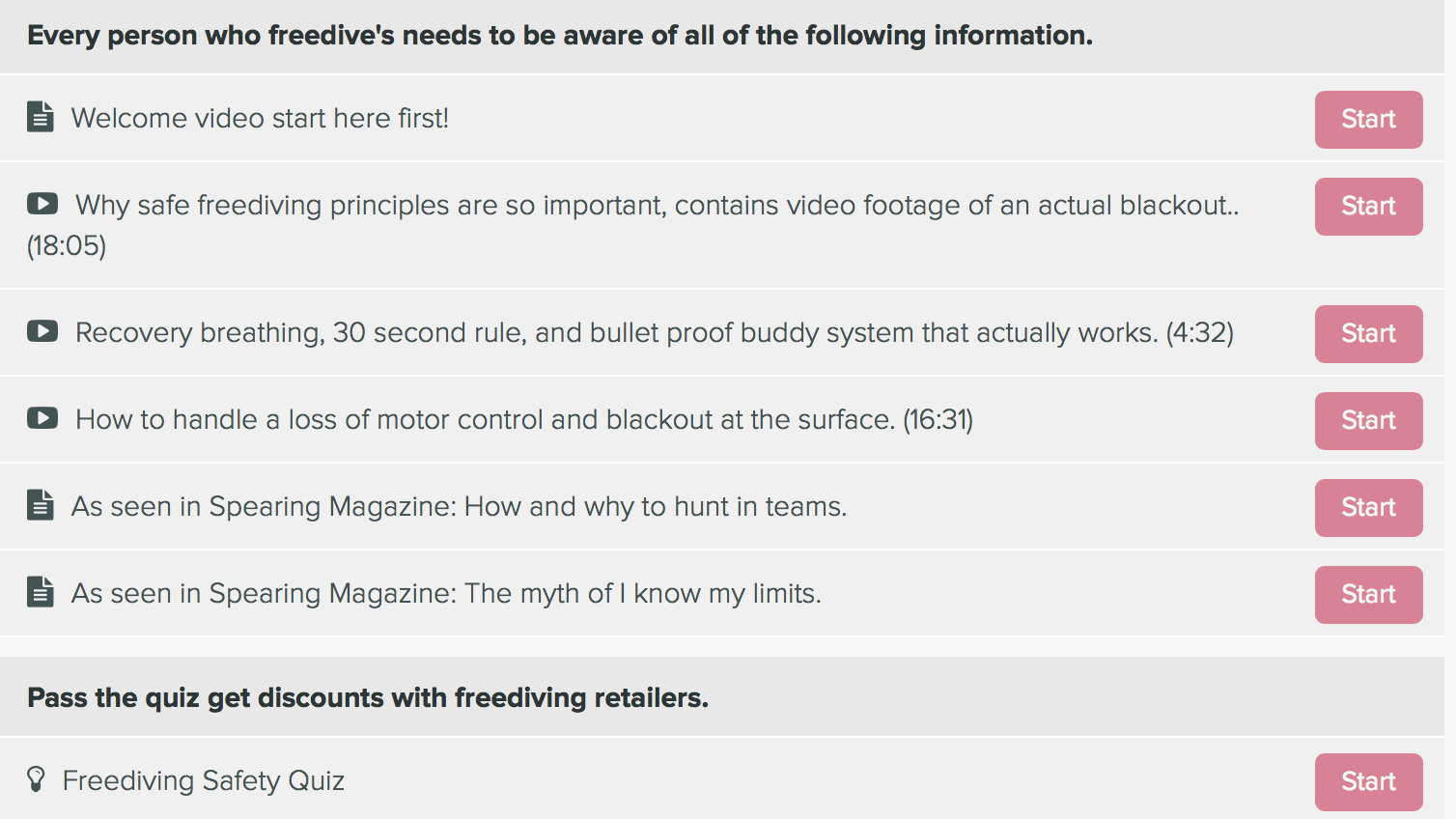 Enroll in the course and if you successfully pass the safety quiz at the end you receive discounts from Freediving Safety sponsors.
ENROLL IN PROGRAM AT NO CHARGE

Learn how I went from wearing a suit and tie working in an office to a professional Freediver. 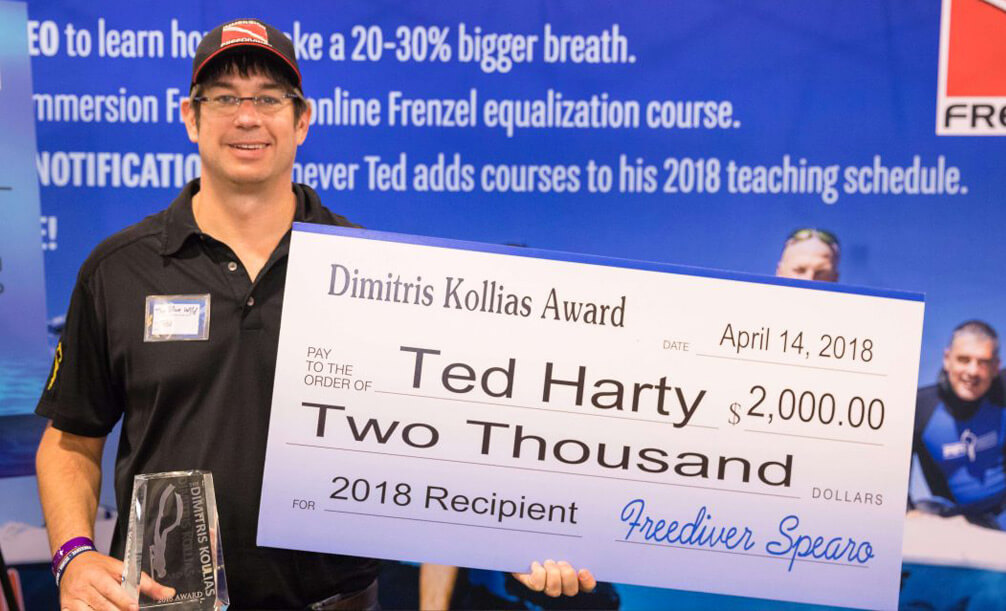 In 2018 I was awarded the Inaugural Dimitris Kollias Prize for my efforts in promoting safe freediving at the Blue Wild Expo. I used the check pictured above to purchase this website. 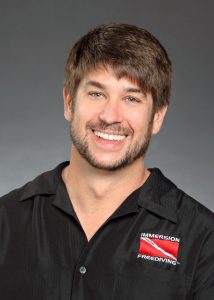 Ted Harty begin his professional underwater career as a Scuba Instructor for PADI, NAUI, and SSI in 2005. In 2008 he took his first freediving class with Performance Freediving International. After that course on his days off he didn’t want to go scuba diving he wanted to go freediving and realized his passion was freediving. In 2009 Ted took PFI’s first official Instructor program and immediately started working for PFI helping Kirk Krack and Mandy Rae-Kruckshank teach courses all across the USA.

Ted went to his first freediving competition in 2009 as an overweight out of shape scuba instructor and progressed from 80-90ft freediver to 177ft in 3 weeks. After the experience, he wondered what he could do if he actually started training. Since that time he broke a USA Freediving record in 2011, won 3 freediving competitions, was selected to be the co-captain of the USA Freediving team in 2012, and his deepest dive is 279ft.

Ted has appeared on the Discovery channel training Tim Kennedy for his show Hard to Kill.  Ted has appeared on the following podcasts, Ben Greenfield, Noob Spearo, and The Spear.   Ted has appeared in the books Deep Freediving, What The Ocean Tells Us About Ourselves, and One Breath. Ted has been a featured speaker for the past 6 years at the Blue Wild Expo the largest freediving and spearfishing show in the USA.  Lastly, Ted has written a freediving column in every issue of Spearing Magazine since 2013.

Ted started Immersion Freediving in 2010 with the goal of providing the most comprehensive freediving course on the market in the USA.

Ted currently teaches his own Freediving classes in Fort Lauderdale through his own company, www.ImmersionFreediving.com

ENROLL IN PROGRAM AT NO CHARGE

So, having spent 33 years in the military, commercial, and recreational dive fields…as a college and high school instructor, and has worked with the best instructors in the world, Ted Harty, and Immersion Freediving taught the most professional class we have ever attended in the dive industry.

These businesses support FreedivingSafety.com. If you are interested in supporting the site please reach out.